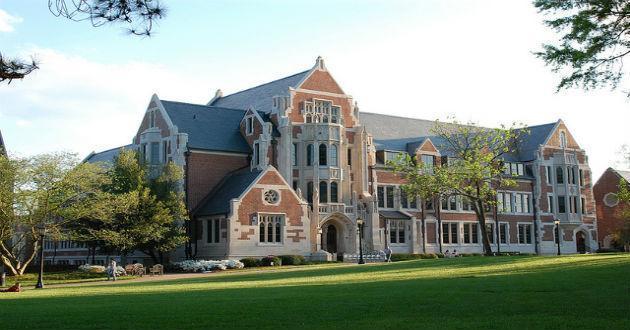 Agnes Scott College honors in its name the integrity and intellectual curiosity of Agnes Irvine Scott, a Scots Irish immigrant to the United States. Her son, Col. George Washington Scott, was the college's primary benefactor, and The Rev. Frank Henry Gaines, minister of Decatur Presbyterian Church, was the founding president. While their leadership extended into the South the Presbyterian educational movement that began with Princeton University, Agnes Scott was established with a distinctive mission: to educate women for the betterment of their families and the elevation of their region. Initially named the Decatur Female Seminary in 1889 and renamed the Agnes Scott Institute in 1890, the college was chartered as Agnes Scott College in 1906.

The first institution of higher education in Georgia to receive regional accreditation, Agnes Scott College dedicated itself from the beginning to the highest level of "moral and intellectual training and education." Its emphasis on academic excellence and a rigorous liberal arts curriculum fully abreast of the best institutions of this country has always encouraged independent thinking in an atmosphere for learning. The college's residential campus, prized for its aesthetic distinction, has given all student generations a sense of place, purpose and responsibility. Student self government under an honor code has been a hallmark since 1906. A founding member of many national and regional educational associations, Agnes Scott has been a member of Phi Beta Kappa since 1926. This tradition of educational leadership continues in the 21st century as the college models new forms of undergraduate education for women, including innovative science and international programs and linkages to Atlanta's university, business and cultural communities.